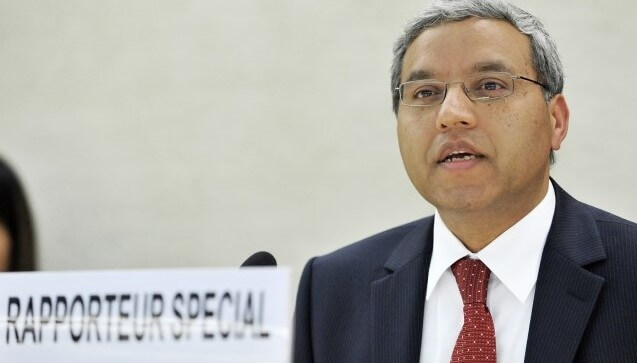 Surya has acted as a counsel in cases before the international courts and tribunals, including the International Court of Justice and the International Centre for Settlement of Investment Disputes (ICSID). He has also been appointed to the list of arbitrators under the UK-EU Trade and Cooperation Agreement (TCA). He is a member of the London Court of International Arbitration (LCIA).

He served as the United Nations Special Rapporteur for human rights in Cambodia between 2009 and 2015.

His global reputation as a pre-eminent international lawyer also led to his appointment in 2021 as Legal Procedural Advisor to the World Conservation Congress of the International Union for Conservation of Nature.

He has published extensively in all major areas of international law. He is the author of a major book entitled ‘International Investment Law: Reconciling Policy and Principle’ published by Hart Publishing, Oxford. First published in 2008, it is now in its 4th edition.

He is the editor and the lead author with three chapters of a new book ‘Unilateral Sanctions in International Law’ (Hart Publishing, Oxford, 2021). This book explores whether there are any rules in international law applicable to unilateral sanctions and if so, what these rules are.

Surya was made an OBE for services to international law in 2004.

He was elected to the Institut de Droit International in 2011 and made a Membre Titulaire in 2015. He is Chairman of the Board of Editors of the Asian Journal of International Law, which is published by Cambridge University Press.

Surya was awarded the highest degree, the Doctor of Civil Law (DCL), by the University of Oxford in 2019 in recognition of his contribution to international law and human rights. The judges of the award panel at Oxford described him as “a scholar of uncommon breadth of knowledge and depth of thinking in international law” when deciding to award him the DCL. Prior to this, he had obtained a DPhil (PhD) in international law at Oxford with a prize in 1993.

In April 2021, the flagship magazine of the Bar Council of England published a feature article on Surya as an inspiring legal personality entitled ‘The International Human Rights Jurist: Surya Subedi QC’, which captures the essence of a lifetime spent promoting fairness in international relations, strengthening the rules-based international order and advancing human rights.