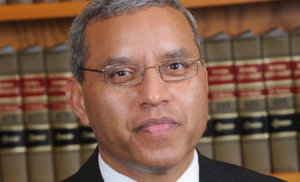 Professor Surya P. Subedi, QC, OBE, a member of Three Stone, has been awarded the degree of Doctor of Civil Law (DCL) by the University of Oxford on the basis of exceptionally insightful and distinctive publications that contain significant and original contributions to the study of law.

Higher doctorates are earned awards of the University of Oxford whose fundamental purpose is to recognise excellence in academic scholarship. The Oxford DCL is awarded in recognition of publications of the absolute highest quality which is substantial in scale, sustained over time, authoritative and global in its reach.

Professor Subedi obtained his PhD in Law (known as DPhil at Oxford) in 1993.