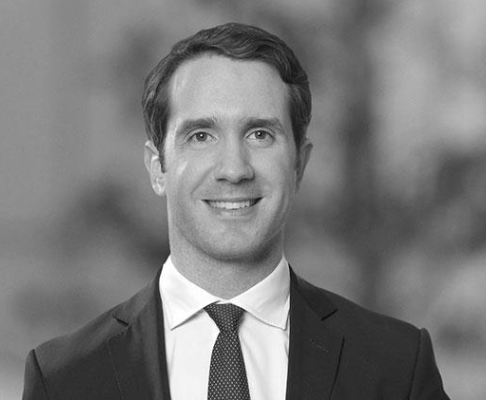 James became a tenant at Three Stone in September 2019 (having been called to the Bar in July 2019). He originally qualified as a solicitor in 2006 and a solicitor advocate in 2010. During his career in private practice, he has worked at 3 major international law firms: Slaughter and May; White & Case LLP; and most recently at Jenner & Block LLP, where he was a partner in its London office.

James has a broad commercial practice working for corporate and banking clients (including a six-month period effectively seconded to a major investment bank), encompassing international arbitration and complex commercial disputes, often with cross-border elements. He has gained substantial experience of applying for post-arbitration award/judgment enforcement measures and in that connection has dealt with a wide range of applications for relief and related jurisdictional issues. This is an area of particular interest and he has published a number of articles in the field. James’ experience of general commercial work, international arbitration (commercial and investment), the recognition and enforcement of arbitration awards and banking and finance disputes is set out in ‘Cases of Interest’ below.

James accepts instructions in a range of chambers’ work, with a particular focus on commercial litigation and arbitration, commercial chancery and investor–state disputes.