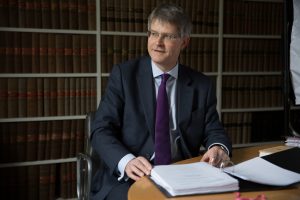 The Lord Chief Justice of England and Wales, the Right Honourable The Lord Burnett of Maldon, has appointed Peter Mark Cawson QC to be a Specialist Civil Circuit Judge at Manchester County Court with effect from 30 November 2020.

The announcement is here.

[2020] EWHC 2952 (Comm)
The Commercial Court (Nicholas Vineall QC) handed down a decision on quantum of damages in relation to a dispute between a Channel-Islands based wealth manager and a BVI-incorporated introducing broker.  There have been two previous decisions in the proceedings, reported at [2018] 1 WLR 314 (Teare J) and [2019] 1 WLR 4481 (Court of Appeal).  The Defendant had been found to be in breach of its contract with the Claimant, but questions remained concerning the correct approach to the assessment of damages, and the quantum of damages, due to the Claimant.

Of note in the latest judgment is the deputy judge’s consideration of the “fair wind” principle (as discussed in Marathon Asset Management LLP v Seddon [2017] EWHC 300 (Comm)) leading to a conclusion that the Claimant should be granted a fair wind, but not a free ride, when damages were assessed.  The deputy judge therefore declined the Claimant’s request to make wholesale variations to the figures for the Claimant’s damages prepared by the Defendant ([85]-[110]).  The decision is also of interest for how the Court found itself not to be bound by judicial comment earlier in the same case, made at the liability stage of the proceedings.  In the Commercial Court’s liability judgment Teare J noted that the assessment of the Claimant’s loss would have to take into account sums payable by the Claimant to its own sub-brokers, to avoid over-compensating the Claimant.  The Claimant nevertheless sought damages in a sum which did not take into account payments to sub-brokers.  Mr Vineall QC held that the decision of Teare J did not give rise to an issue estoppel, the Claimant’s arguments were not an abuse of process, and that Teare J’s finding on the point was obiter ([45]-[55]).

The Lord Chief Justice has deployed him to the Northern Circuit, based at Liverpool County Court with effect from 2 November 2020.

The announcement is here.

In the recent decision of Deputy Master Lloyd in Ashton v Brackstone, it fell to the Court to consider whether a testamentary gift to “such of my children as shall survive me in equal shares” was in itself sufficient to exclude s33 Wills Act 1837.  The Court found that the Will did not exclude s33.  No extrinsic evidence was admitted under s21 Administration of Justice Act 1982, since no part of the will was meaningless, or ambiguous or ambiguous in light of surrounding circumstances.

Accordingly, the testatrix’s granddaughter, Holly Ashton, succeeded in her claim for a declaration that she was entitled to half of her grandmother’s estate.  Ms Ashton’s claim was opposed by her uncle, David Brackstone (brother of Ms Ashton’s late mother) who argued unsuccessfully that he was his mother’s sole heir.

The QUEEN has appointed Prof. Mark Watson-Gandy of Myrton to the Most Venerable Order of the Hospital of St John of Jerusalem with effect from 24 August 2020.

Measures put in place to protect businesses from insolvency will be extended to continue giving them much-needed breathing space during the coronavirus (COVID-19) pandemic, the government announced today.

A raft of changes to protect businesses from insolvency were introduced in the Corporate Insolvency and Governance Act and were due to expire on 30 September 2020.

The temporary measures include:

Please find below a link to Issue 1 of the new Three Stone Triannual Review, where you will find articles on current issues, case reviews, and a practice update that we hope will be of interest and of use to you.

This is the first in what we expect will be a long run for this new newsletter, with, over time, a range of content covering all of chamber’s’ practice areas.  Over three issues a year, we plan to bring you news of major legislative changes, important decisions by courts all over the country, and in-depth analysis of issues and decisions.

This was an appeal from a decision of Recorder Douglas Campbell QC, sitting as a deputy High Court Judge, to grant summary judgment against the first, second and fourth defendants on issues of patent infringement and copyright infringement [2019] EWHC 1965 (Pat).  Issues relating to passing off and the liability of the third defendant as a joint tortfeasor were to go to trial.  The key issue between the parties was title to the relevant rights.  The defendants said they owned the title to patents and copyrights through a series of assignments or, at the very least, the claimants did not have title and therefore did not have standing.  In giving summary judgment, the Recorder found that the defendants had no real prospect of establishing their case on title.

The main issue on the appeal was whether the appellants had a real prospect of establishing ownership to the relevant rights or otherwise impugning the claimants’ title.  In a judgment given by Floyd LJ (with whom Patten and David Richards LJJ agreed), the Court of Appeal allowed the appeal, after new evidence was admitted and the defendants applied to amend their defence.

Given the fact-sensitive nature of the parties’ case on the chain of title and given test applied in summary judgment cases, the main body of the judgment does not establish any new principle.

However, at paragraphs [85-87], Floyd LJ felt moved to deal with a ground of appeal that he did not have to deal with, given the appeal was allowed on new evidence.  The ground was that there was a serious procedural impropriety in the court below.

The failure to file evidence (despite saying that they would) was only one of the claimants’ failures to comply with the mandatory provisions of Part 24.  In addition, the claimants failed to identify any point of law or provision in any document upon which they relied and failed to state their grounds for summary judgment (or even that they believed the grounds for summary judgment were met).

The defendants, not knowing what case they had to meet, did not file any evidence themselves.  The specifics of the grounds for summary judgment were not known to the defendants until the claimants’ counsel’s skeleton was provided.

The defendants’ case below was that the summary judgment application should be dismissed for the wholesale failure to comply with the rules.  Alternatively, if the judge heard the application and he found in principle for the claimants, there should be an adjournment to allow the defendants to put in evidence on those points, given they had not been fairly notified of them.

Nevertheless, the Recorder granted summary judgment, largely on the basis of a lack of documentation in support of the defendants’ defence before the court.

The approach taken by the Recorder to the claimants’ failure to comply with the rules was criticised by the Court of Appeal.  The applicable principles in respect of the procedural requirement of Part 24 appear at paragraphs [39-43] and the application of them at [85-87].  The following principles can be drawn from the judgement:

* Fair disclosure – the writer appeared below and drafted the original grounds of appeal upon which permission was granted, before the application to rely on further evidence was made.

Please click here for the Statutory Instrument which has been laid in Parliament today allowing the video-witnessing of wills.

If you  require assistance on this Statutory Instrument or related matters please contact our clerks:

As a barrister, he specialises in real property, wills, and estates. He also advises on matters of ecclesiastical law.

Tim said: “I am delighted to have been appointed to this position by the Bishop of Derby. I have learned much from John Bullimore, while serving as his deputy for the past five years. John has been an outstanding chancellor, as many in the diocese will know.

I look forward to working with the bishop, archdeacons, registrar and all in the Diocese of Derby to ensure that our church communities are better enabled to meet the needs of 21st-century worship, whilst also encouraging an appreciation of the rich heritage we share.”

Tim is married to the Revd Dr Georgina Byrne, a residentiary canon at Worcester Cathedral and a chaplain to HM the Queen.

In his spare time, he enjoys music, choral singing, beekeeping and skiing.

Tim Clarke will replace John Bullimore, who retires on 3rd December having served as Chancellor of the Diocese of Derby for almost 40 years.