Three Stone would like to wish all their contacts a very happy Christmas and New Year.

Three Stone Chambers are pleased to announce that one of its leading barristers, Professor Surya P. Subedi OBE, KC, DCL, has been appointed to the list of arbitrators under the UK-EU Trade and Cooperation Agreement (TCA). His name was proposed by the UK Government and approved by the European Union.

On 30th November 2022 the Bar Standard Board issued a news announcement entitled: “Barrister Jonathan Turner suspended from practice for six months.”   We would like to reassure our clients that this does not refer to Jonathan DC Turner who is still practising very successfully at Three Stone.

You can read more on this story here.  If you would like any further information, please contact Justin Brown.

Ian operates both domestically and internationally, particularly in the Far East, the Caribbean and the Isle of Man. Much of his work is for international corporations but he also numbers among his clients politicians, princes and popstars.

“Three Stone is the perfect environment for my practice,” says Ian.  “Their excellence in commercial and private client work, both domestically and internationally, is a good fit for me and their first-class support service will nurture my existing clients and help develop new relationships.”

“Ian is a major addition to all areas of Three Stone’s practice,” enthuses John McDonnell KC, Head of Chambers.  “We are growing fast and Ian will provide useful support at the senior end of chambers.”

The Fourth Section of the European Court of Human Rights in Strasbourg has handed down judgment in the case of Coventry v United Kingdom. It has held that the regime established by the Access to Justice Act 1999, which permitted recovery of success fees payable under Conditional Fee Agreements and ATE insurance premiums by successful litigants from their opponents, was incompatible with Article 6 (access to justice) and Article 1 of the First Protocol (protection of property) of the European Convention on Human Rights.

A briefing note on the decision and its implications may be found here. 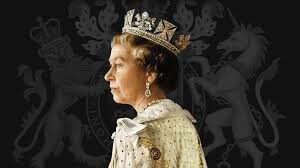 1926 – 2022
Three Stone Chambers joins the nation in expressing our deepest sympathies to The Royal Family on the passing of Her Majesty, Queen Elizabeth II. For over seventy years she has dedicated her life to service for her country and the Commonwealth.

God Save the King

As the government begins its ‘overhaul’ of human rights, an article by Professor Surya P. Subedi QC, a member of Three Stone Chambers, published in the latest issue (July 2022) of Counsel magazine, the flagship publication of the Bar Council of England, invites us to look at the wider and historic  context and how Eastern and Western civilisations and values have contributed to their development.

His article entitled ‘Human rights from East-West Perspectives’ makes a contribution to the ongoing debate about decolonising the curriculum in universities around the globe and a call for the use of more inclusive and diverse sources for teaching. International human rights law literature and United Nations human rights reports and publications are replete with assertions that human rights are universal. Yet how ‘universal’ are these human rights? What is the basis of the assertion of the universality of human rights? Are they universal because the Universal Declaration says so; or because the Declaration and the core UN human rights treaties have received near-universal acceptance? Do they emanate from all major civilisations or religions of the world to qualify as universal? And if so, what contributions have the Eastern civilisations made to the universality of human rights?

Professor Subedi argues that these are the questions that need to be answered with reference to the values of the major civilisations of the world.

Read the article in full here. 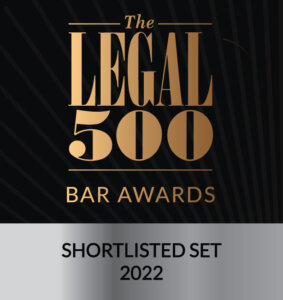 We are delighted to announce that Three Stone has been short-listed for the award of Chancery Set of the Year in the Legal 500 Awards 2022. These awards are based on the Legal 500’s independent research for its annual directory. The winners will be announced on 5 October 2022.

We are grateful to our clients for their support and wish all short-listed sets and individual barristers the best of luck.

Chambers are looking to recruit a Third Six Pupil from October 2022. The successful applicant will have successfully completed 1st and 2nd Six Pupillage in Chancery / Commercial Chambers.

We are pleased to announce that the memoir of Professor Surya P. Subedi QC, a member of our Chambers,  has been published by the major British publishing house, Routledge, in London and New York.  “The Workings of Human Rights, Law and Justice: A Journey from Nepal to Nobel Nominee” is an intriguing account of the personal experience and insight of Professor Subedi, a leading international jurist.

The memoire traces the author’s remarkable journey from a simple village in Nepal to becoming an international jurist acclaimed for his innovative academic and influential practical legal work at senior level positions in the UN and in various governments, leading to his nomination for the Nobel Peace Prize. It offers insights into the powers bearing on international policy making, the dynamics of human rights negotiations with governments and the effects of their outcomes on the lives of their citizens. It is an empowering narrative offering a story of complex experiences and perspectives where individual commitment and advocacy makes a real difference to our world.

The book presents an accessible source for current debates around the rules of international law, democracy, and human rights. It gives hope and inspiration for future generations that individual action is meaningful despite the trials and tribulations inherent in life. It is thus a valuable contribution to the study of justice and human rights and the importance of individual action.

Professor Subedi is Professor of International Law at the University of Leeds and a member of the Institut de Droit International. He served as the United Nations special rapporteur for human rights in Cambodia for six years (2009-2015) and as a member of the advisory group on human rights to the British Foreign Secretary for five (2010-2015). In 2021, he was appointed legal procedural advisor to the World Conservation Congress of the International Union for Conservation of Nature held in Marseille, France. He has acted as a counsel in a number of cases before the international courts and tribunals, including the International Court of Justice.

Her Majesty the Queen of the UK made Professor Subedi an OBE in 2004 and appointed him a QC (Hon) in 2017 for his contribution to the development of international law and the advancement of human rights. His alma mater, the University of Oxford, where he obtained his DPhil (PhD) in 1993, awarded him the highest accolade – the degree of Doctor of Civil Law (DCL) – in 2019 for his contribution to international law and human rights.

The book is available to order from: Taylor & Francis 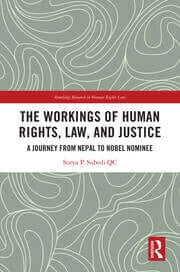 It also is available on Amazon and many other outlets.